As this video dutifully reminds us, "the objective of the soundman is to record intelligle sound" by considering three conditions/problems:

1. Acoustical treatment of the space.
2. Controlling or avoiding unwanted noise.
3. Choice and placement of microphone(s).

Wait. Isn't 'choice and placement of microphone(s)' two things?! I believe so, but both come under the banner of 'microphone admin'. As you know, the Airninja Movie Method is all about busting admin and minimising gear.

So let's look at how an airninja approaches each condition/problem:

Most of the time airninjas are shooting outside rather than in enclosed spaces (and all the admin that entails), or on practical sets where options are limited anyway.

Last night I recorded a voiceover for moakley54's show 'Beyond The Glass Ceiling'. The budget didn't stretch to hiring a sound booth in a studio and I don't own any portable soundproofing material. So we decided to record the voiceover at the writer's house which is situated on a quiet road. I got paid in Haribo. This is where card-carrying union members stop reading. Probably because they work 28 hour days including weekends, or something.

I turned up prepared to go so far as to ask if we could hang a duvet on the wall, but after selecting the front room which was nicely carpeted and knowing this was a voiceover with implications for microphone placement (thus SNR) that was the amount of work that went into that.

Close to zero admin, not bad.

As I said previously, the writer's house is on a quiet road, so that was the first decision toward minimising potential unwanted noises.

After rehearsing (enabling me to get sound levels at the same time) and then shifting positions a bit so the talent could read off the LCD screen hanging on the opposite wall, I noticed a very faint ticking. Very faint. At first I though it was the director's bionic implant and asked him to move a few more feet away. The sound persisted. Turns out, there was a partially obscured clock up on a shelf ticking away in the mic pick-up pattern in this new arrangement.

So we removed the clock from the room. Problem solved. The director could stay.

The laptop being used to display the words to the voiceover artist was generating a quiet whisper of activity which in a sound-for-picture scenario I would have done something about.

But this is voiceover, with all that implies in terms of microphone placement. So the laptop could stay, and very good too because it was a big chunk of reading our artist had to do from it.

This was the writer's front room, we were making good progress, things sounding great, performance going well. However not even we could stop the Chinook flyover. In a matter of minutes we did another take, problem solved.

Close to zero admin, not bad.


3. Choice and placement of microphone(s).

Okay, I was in a dilemma. Do I go full-on airninja and record using the Apogee MiC 96K directly to my iPhone via lightning connector? I knew from previous experience recording the opening line of dialogue on the Provincials 'Jesus Christ' that it was a sweet sound combo, largely due to the MiC's large diaphragm.

However, I also learned on 'Jesus Christ' that the gain control on the MiC is mostly guesswork. As much as I would have loved to record this voiceover as a full-fledged audio airninja, I decided my confidence levels are not yet high enough - despite flirting with the idea of jacking it into my laptop to more easily monitor the recording.

I did pack the MiC, but only as a failsafe backup (and it takes up a tiny amount of space).

My current go-to weapon of choice for location sound recording is my Nagra SD. It's highly compact and highly capable. Although purists will moan that its pre-amps SNR don't come close to that found in larger recorders - well - that's the point, those ever so slightly better pre-amps are in much larger multi-track recorders. As it is, to my ears, the Nagra SD outclasses every other handheld recorder I've used (with a retail price that knows it). And it's tiny - handheld. Or belt-clipped. Or, perhaps I'll even set it down on a table. What it is not is cumbersome, burdensome, over-the-shoulder annoying.

So knowing my choice of recorder was going to be a dedicated device rather than iPhone or laptop, I then had to decide if I was going to use the Nagra SD clip-on mic or my tried-and-trusty Sennheiser XLR cardioid and adapter cable.

A couple of things made me eliminate the clip-on mic. Firstly, it's stereo and I only wanted to record mono (not a big deal but I can get slightly OCD if things aren't doing what they are supposed to do) but really the reason I didn't use the clip-on mic is because this was voiceover, not an informal handheld recorded interview.

Voiceover. I even dug out a mic stand. Which made me realise that an airninja could do with a more compact mic stand than I currently own. I'm on the look out.

Anyway, it was about mic placement relative to recording controls. I didn't know what I was going to walk into, if the artist would want to sit or stand, so a cabled mic to recorder gives far more versatility in terms of comfort. If there's no comfort there's no cool.

So I decided on my Sennheiser cardioid. It's a model people look down on as 'semi' professional when they are being generous in Youtube comments, whatever that means. Perhaps it means people who work for confectionary somehow aren't capable of being a whiny moany union card-carrying anally retentive professional? I don't know. I whine and moan and am anally retentive, perhaps I should join BECTU.

Microphone Data tells me that the specs of the mic I selected are thus: 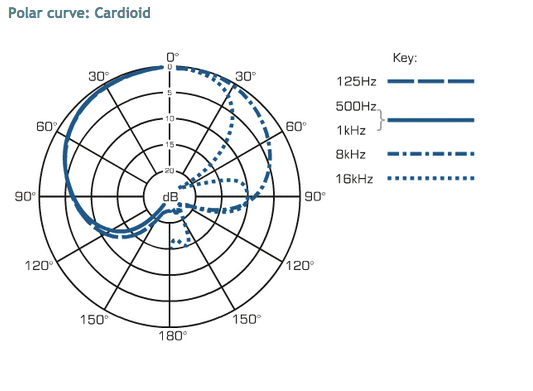 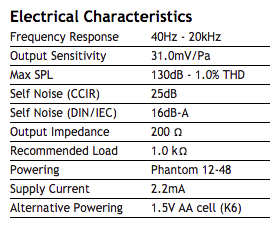 I'm not a union member so obviously I have no idea what I'm talking about except as an airninja. Now, as an airninja let me tell you what's important.

SNR - signal-to-noise ratio. It's all a sound recordist is really concerned with. With a good SNR comes that intelligibly recorded sound that is the objective of the soundman, or woman, or small dog. Or cat, let's not forget soundcats. Airninjas too.

What does the frequency curve tell me? This microphone colours the sound at the higher end of the sound spectrum and starts to rolloff at around 200Hz (yikes). It will likely sound 'bright'. Fine by me. Flat EQ is an automated analysis away in post production, will take no more than three seconds to fix, if it even matters. That's right. Audio engineers are increasingly replaced by small snippets of computer code.

What does the polar curve tell me? Cardioid, check. Ah, the 'brightness' is slightly more directional. Since I won't be recording the voiceover off-mic and the most directional aspect is at 16kHz anyway, why worry? Not many human voices have prevalent vibrations at 16kHz.

What do the electrical characteristics tell me? Frequency response from 40Hz will have audiophiles up in arms. But I'm not recording music with live details down to 17Hz (which falls outside of even the Hi-Fi standard of 20Hz - 20kHz). I get concerned when I see significant rolloff at 50Hz but since its less than -6dB, I'm not overly concerned. Perceivable loudness tends to increment in steps of between 3dB and 6dB.

Output sensitivity. This is the physics bit. 31mV/Pa - that's 31 milliVolts per Pascal - tells me this mic is hot. Not hot like your favourite porn star, but hot like sensitive, hot like will provide an awesome range of gain options. Hot hot hot. Some like it hot, and I certainly do. Generally speaking, a hot mic will allow you to maximise SNR. (Compare this to the industry standard Schoeps CMC641 which produces 13mV/Pa but has significantly less impedance to start with  - so can afford to be 'cold' if your wallet can afford it - no doubt about it, Schoeps make amazing mics).

Max SPL - maximum sound pressure level. Sustained noise at 130dB will make your ears bleed and be exceedingly uncomfortable, but won't distort the physical recording apparatus. This is a good thing on a relatively inexpensive mic. The CMC641 does 132dB at four times the price but with only 0.5% THD.

Self noise. Well fuck, 25dB of noise on this mic? Compare that to the CMC641 which has 24dB of self noise and I think you'll agree it's nothing to worry about. However it's measured.

Output impedance. Resistance. 200 Ohms is very very high compared to the Schoeps which is on 35 Ohms. What does this mean? It means a cold mic with a high impedance will have a high noise floor cos you'll have to crank the gain up up up to get a good level. Fortunately, this Sennheiser mic takes the brute force approach and pumps out the aforementioned 31mV/Pa. Meaning the needed gain is reduced along with any self noise.

Recommended load. 1.0kOhm is totally abstract to me. I have no idea. I've never found this stat to affect anything in all my microphone ownership, including the legendary Neumann RSM-191 (sadly departed, though I don't miss the proprietary cabling and annoying external matrix circuitry).

Powering. Can the mic be phantom powered. A different subject for another day.

Supply current and alternative powering? Versatility can be useful for an airninja.

So you may be thinking that microphone selection is somewhat involved. And it can be. Or you can go to a shop and audition a bunch and believe what your ears tell you.

I selected this Sennheiser mic based on previous experience of one of its family members and knowing it was a hot mic. It's the same mic I recently used on Fat Finger Film's show 'Scissor Happy' with much accolade about how great everything sounded.

So far so good.

And for all my praise of MEMS microphones and DSP in iPhone, that would not be best suited to this situation (but if an iPhone is all you have and you know where its mics are at, you can get some very good results).

Now because the mic was going to be close to the artist I used the Rycote softie in lieu of any pop-filter and other foam. Plus, it's easier. Slip on the softie vs setup and configure a pop-filter. Softie is far less admin and takes up less space. I suppose this paragraph really belongs in section 2 above, but I can't be bothered to move it now. (Less admin.)

Placement of the microphone was determined by whether the artist wanted to sit or stand, then I just dragged out a mic stand with a boom arm and positioned accordingly (around 50cm away from her mouth).

Job done. Relax and record some takes. Comfort is cool.
Post by miker at 11:19 am