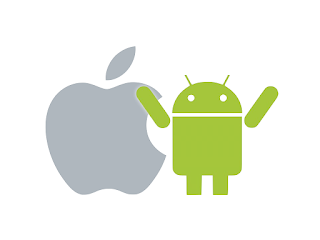 The airninja switch is complete. As I'm sure you know I am platform agnostic, being primarily interested in the best tools for a given job.

For the last five years I've been an iPhone user, upgrading most years with unlocked devices and running on Three UK PAYG (great unlimited data plans).

Each year I've been waiting for Apple to release an iPhone that is capable of recording stereo sound using its onboard mics when taking video (modern iPhone has three mics). Whilst iPhone mono recordings do sound good, I've always preferred the 'reality' of a stereo sound-stage - and I don't always carry a stereo microphone with me because extra gear is not the way of the airninja.

For various reasons (job redundancy being a huge one) I have been re-evaluating the "things" in my life and when Apple came under the microscope it just didn't hold up. The competition promised to deliver far more value into my life (including the stereo audio video recording).

I bought a refurbished Sony Xperia Z2 for a shade over £200 to see how I'd get on. This phone model is about a year old, records 4K video, has 3GB RAM, expandable storage to 128GB and is made by the company and culture that Steve Jobs himself had great admiration for.


I did wonder if Apple's iPhone 6S might offer stereo audio recoding with video, but as far as I know it does not (the iPhone 6 which I owned definitely did not). So, for my airninja purposes, it looks like I made a good choice with the Z3+

Now if you google anything about the Z3+ you'll probably come across reports of how this phone runs hot and overheats. In my experience this is not accurate on the current firmware. Although when taking video it does run warmer than the iPhone ever did. I think it's fair to say that whatever problems may have existed with the Z3+ original firmware has been addressed by Sony in recent updates. HOWEVER a mild annoyance remains with the Z3+ in that the native camera app will report "overheating" and shutdown to cool off. It only does this on looong takes (30 minutes or more continuous) which most normal people rarely do. The workaround is to use an alternative app, such as Google's own camera app (also shoots video).

BTW, I have no compelling reason to ditch OS X or FCPX so I remain an Apple customer.

Competition between vendors is a good thing in general, and who knows I may return to a future iPhone iteration. Yesterday's Apple keynote only confirmed my thoughts on the direction Apple is now taking, and it's not a direction I want to travel when Sony already provides the sufficient destination today.
Post by miker at 10:59 am