Writers: The Protagonist Is YOU. 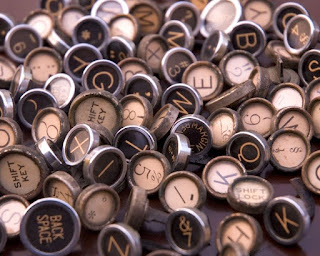 It's said that when writing fiction that, consciously or not, the main protagonist is the writer.

I know of a couple of original pop-culture film franchises where that is definitely true, and just think about the genesis of the Marvel superheroes - Stan Lee near starvation wishing he was a superhero.

Star Wars Episodes I - VI are all about phases in George Lucas's life. He is Luke Skywalker in the original trilogy and he is Anakin Skywalker in the prequel trilogy. Whether he knows it or not. The stories the character goes through are a reflection of his stages in life.

Anakin's fall to the dark side parallels Lucas' own journey to becoming the most powerful independent movie producer in the world, and the politics therein. The rebel joined the gentleman's club when he was supposed to be the chosen one.

In an interview with JK Rowling she said that the whole series of books was to provide Harry with a family. This is at a time when her own family was being split apart. By the end of the books and movies, Harry has a family of trusted friends around him.

Philip K Dick wrote about what he knew, from his perspective. He used to hang around with sales guys and obviously sales are full of bullshit and fake authenticity - astroturfing. What was real and what was fake? Who was real and who was fake? Was the author himself being real or fake? Do Androids Dream Of Electric Sheep?

Of course this theorem could be so much bullshit itself, I wrote the story below in 1991 and I struggle to identify with the protagonist. What do you think?

When he awoke the next morning, Bob hastily scribbled down his dream for later analysis. He laid back and stared at the swirls of the artexed ceiling. The sleeping form of his wife stirred a little. He pecked her on the cheek then sat, pulled on his slippers and matching bathrobe and lumbered to the bathroom. He turned on the tap and ran cold water over his hands as he gazed at his unshaven face in the mirror. His thoughts went back to his dream. It had seemed so real. The room, the people. The appliances. He would have to investigate. Perhaps see if he had been sleeping under the point of the roof of his house, since doing so was supposed to intensify dream images. His thoughts were rudely interrupted by the sink unit kindly informing him that it thought he was wasting water. `Sorry.` he said absent mindedly and shut off the tap.
It was one of the strangest dreams he had ever had, he thought as he stood under the cool waters of the shower. It had seemed so real. Perhaps even more real than now. He considered what he saw, what he had experienced. The dream had only been a short one, as far as he could remember. He had been laid out on a bed, sensors attached to his body, and someone in a white coat had been standing over him holding an appliance he didn`t recognise. Strange that such a simple image should trouble him so deeply. He relaxed and cleared his mind as the soap and sponge danced over his body. The shampoo massaged and lathered itself on his scalp and the cutthroat razorblade glided across his neck, nicking. Bob lurched back from the razor, his eyes full of panic, clutching at his neck. He shook shampoo from his face and frowned at the razor. `Hey, take it easy will you?`
`Sorry about that sir.` piped the razorblade sincerely. The procedure continued until Bob was totally refreshed and ready for the towels to dry him. As he stepped from the shower tray he slipped, and fell headlong. All the bathroom appliances and peripherals realised what was happening and tried to cushion the blow. The sink unit even tried to sway aside. It was no good. He cracked his head against the basin and fell to the sweet smelling floral lino. All went black to Bob. All sensations numbed.

Through the thick black custard that impaired his vision and clogged his ears Bob heard distant panicked voices. `I think we`ve got him.` said one. `All systems now back to normal.` said another. A bearded face fought its way through the custard, forming from swirling oranges, browns and reds and then snapping into real colour. A smiling bearded face that Bob recognised but could not place. It muttered something in a soothing tone. `We had to do it, Bob. We had to. You were becoming too absorbed. Sorry.`
`What?` asked Bob groggily, his tired eyes fighting to remain open.
`The experiment. It almost killed you. You became too absorbed.`
`Wh-What?` repeated Bob blankly, his eyelids feeling stronger. Another figure, Bob noticed, in a white coat beavered with some switches on overbearing machinery. Wires ran from it to nodes on Bob`s body. `No don`t do that.` said the bearded man as Bob tried to pull on the wires. The man restrained him, squinting into Bob`s eyes and squeezing his hands. The machine clicked and hummed as a bank of lights flashed. The technician looked to the bearded man. `It seems he suffered substantial amnesia. There`s been a total reshuffle of impulse paths.`
`Then we shall have to restore it. Fetch the professor`s memory cubes. File 963W.`
`Yes, doctor Lin.` The technician scampered off. `Memory cubes?` asked Bob, his inquisitive mind coming to life.
`The failsafe, professor. They represent a total map of your brain before the experiment took place. You insisted upon it.` Bob was now sure that this was another vivid and real dream. As such, and since he had realised, he knew that he should be able to start to control it. He gestured with the wires. `These have something to do with the experiment, right? And that machine?`
`Yes, yes. It`s the recorder.`
`Recorder of what?`
`Of the experiment. Do you really have no memory? This is...`
`So what was the experiment?` Bob cut in.
`The experiment? To create a new reality within the theoretically infinite space of the human mind. And to record results. Results from your mind, professor. But you became too absorbed. Your body almost died. We had to bring you back.` This was almost becoming too much for Bob. He looked at the antiquated looking machine still churning out data in the form of sugar cubes. `It`s not true!` spat Bob. `Please! Try and control your temper until my technician returns with your original memory.` said Dr Lin sympathetically. Bob wished his body felt stronger so that he could show Dr Lin what he thought. But he was too weak. So he remained there. At the mercy of his environment. The mercy of his dream. He began to cry as he thought of his wife. `I want to see her!` he called.
`See who?`
`My wife. My Pet.` blurted Bob. Dr Lin was taken aback. `Excuse me?` he asked.
`My wife, Pet. I want to see her doc. I want to see her.` Bob sobbed. Dr  Lin straightened himself. `I don`t know what you`re talking about, but I`m sure this woman exists only in your mind.` The technician returned, memory cubes in hand. Bob squinted at them. `What is that?` he asked.
`Your three memory cubes. We`re about to return you to reality.`
`No! I refuse! I don`t belong here and you know it! Why can`t you just wake me up?`
`Come now. What happened to the rational man I once knew?` There was a pause. The technician and Dr Lin looked at each other. `Would you like a coffee to wake you up?` asked Dr Lin softly. At last. Bob finally had control of his dream. For the moment anyhow. `Coffee? Yeah, sure. I feel confused.` said Bob dazedly. `Fetch two coffees, please.` Dr Lin asked the technician. As the technician left, silence fell upon the room. Bob lost himself in spuriously confused thoughts as Dr Lin toyed with the cubes. Soon, the coffees arrived. Dr Lin took them and passed one to Bob. Dr Lin watched intently as Bob brought the cup to his lips. `This is good coffee,` he remarked, `if a little sweet.`

Pet awoke to the bickering of the bathrobe and slippers. The slippers stomped worriedly on the bed as the bathrobe explained the accident. She streaked across the room immediately. Sprawled on the floor, choked on blood, lay Bob`s glistening body. Shocked at the horrific yet at the same time pathetic scene she turned her head, wincing and paying no attention to the pointless apologies of the bathroom and contents.