Yes shooting your feature film on an iPhone is old hat, but in 2012 nobody figured out that the Pompeywood paranormal frugalwave flick "GAIN" had been shot on a phone.

Here we are in 2016 and the truth has been revealed!

From the video description (at time of writing):


Feature film filmed on iPhone 4S, ungraded.
This version divides opinion - those who side with britmic believe no grading is necessary in order to preserve the laziness of reality.
Conversely, the final release was colour graded before Evil C would give it his approval since it was felt lazy reality was too harsh, particularly the scene in the supermarket. 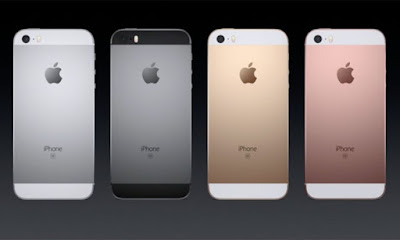 So the 4" screen iPhone SE is here, retailing in the UK for £439 with 64GB storage onboard.

The real kicker? It has the guts of the latest iPhone 6S inside in terms of A9 processor and 12MP iSight camera with focus pixels. 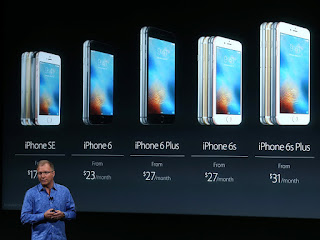 For an airninja like me that is very very tempting. Why? Apart from the fact it is simply light and powerful and strips away a lot of the flimflam.

Over the years my iPhone usage has matured, much like my iPad usage - which has fallen away completely. I'm old, I'm boring, I don't play games (at least, I have played my favourite genres to the point of boredom) - the idea of having an understated - yet powerful - iPhone appeals.

And I've had extensive use of all the public iPhone form factors at this point.

I started using big screen phones with the Dell Streak, believing that I would soon be able to get real meaty work done with the occasional attachment of a keyboard. It's never really happened though - my usage pattern has basically reverted to iPhone for comms/navigation/camcorder and any heavy lifting done on my 2013 13" MacBook Air - if that computer is tied up doing a heavy render I reach for a ChromeBook to do stuff.

I think this is a result of failed mobile UX paradigms as much as my own brain calcification. Which ever way you look at it, editing a video is fiddly on a small screen (I attach my 13" MBA to a 24" display for proper narrative video editing sessions - though I did edit my first feature film on the 12" screen of a PowerBook).

There are a couple, and only a couple, of reasons I will resist pulling the trigger on a 64GB iPhone SE purchase:

1. My current 128GB iPhone 6S Plus has 61GB storage free - this tells me that 64GB max storage just isn't going to cut it for me without additional admin/habits.

2. The size of the iPhone 6(S) Plus means it has a huge battery relative to smaller models. I am just not concerned about shooting video all day whilst powering a microphone on the lightning port. Take that battery away and it becomes a choice of lightning microphone or an external battery pack - and, that's right, potentially a whole bunch of admin.

It's a case of iPhone SE at £439 (still a significant chunk of change) vs my iPhone 6S Plus at £789 though - and the airninja movie method has always been about grasping value propositions early on. For my actual usage, I suspect the iPhone SE with 64GB would do just fine (after all, I have made feature films using iPhone 4S - albeit with onboard mics and an external battery pack).

Remember, zig when they zag. Avoid the mushy middle. It is tempting.
Post by miker at 12:11 pm No comments: