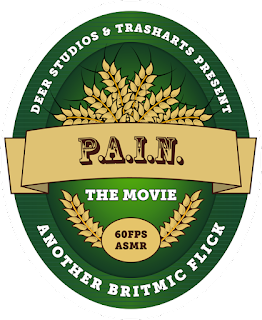 The spiritual successor to GAINthemovie will be shooting in summer 2016. The corridors of power in Hollywood are describing it as 'They Live' meets 'The Wizard Of Oz'.

Whereas GAIN was directed by Evil C vs britmic, PAIN will be directed solo by britmic (does this mean we can look forward to a solo project by Evil C in future? Let's hope so).

Scant clues to the storyline exist, although rumour has it that 'PAIN' is an acronym for Personal Area Interurban Navigator', inspired by the 'PANIC' - Personal Area Network Internet Computer' - which was cut from britmic vs Evil C flick 'The Fix:'

Although the leads of PAIN have been cast, we are left to guess as to which parts they are playing. Actors include newcomer Suzy Weatherall through to industry veterans Patrick Olliver and Phil Lyndon.

Full listing of known cast below.