For as long as I can remember I've enjoyed experiencing hi-fi stereo sound - many an hour spent sitting in that sweet spot listening to an album.

Later I became interested in capturing authentic stereo sounds, experimenting with binaural and mid-side (M/S) stereo recording techniques to create interesting sound experiences for picture. Sound design with minimal design (because all the best design is as little design as possible).

With a surge in interest in ASMR (experiencing head tingles from certain sounds usually through headphones) and the Airninja Movie Method preference for stereo recording it was time for me to rationalise my gear to see what works best for capturing great stereo sound with decent video.

This is a great combo, the mic has an excellent SNR and user configurable dynamic compression and limiter which is saved on the mic itself.

KILLER: The killer feature on the iPhone SE is its speed of autofocus utilising 'focus pixel' technology. Its very rare for autofocus to hunt on this device.

PROS: The iPhone SE is a true Airninja device with it's 4 inch screen and unassuming appearance. It's a very powerful device with a f2.2 lens and has a pretty amazing software ecosystem. User configurable dynamic compression and limiter on the MV88 accessory microphone remains persistent, stored in onboard memory.
Because the MV88 does not employ noise cancellation DSP it has no susceptibility to digital artefacts.


The above video was shot using the iPhone SE and MV88 combo.

CONS: The iPhone SE must be accessorised in order to record any stereo sound since the onboard mic array only records mono. This adds complication and decreases spontaneous opportunity. Once an accessory such as the MV88 is plugged into the lightning port on the device it's not possible to use a battery pack and record at the same time. The biggest flaw however is that without even more gear to mount the MV88 more central to the lens it hangs off one side giving an unnatural bias to the stereo sound particularly on close subjects. The MV88 in its case is another thing to carry and potentially lose out in the field.

UGLY: no onboard stereo sound recording on the highest priced smartphone of its class.

Slightly smaller than an iPhone 6S the Sony Xperia Z5 Compact with all its features was a very very close contender for Gold - however these awards have a strict focus on audio recording as the deciding factor. As decent as the Z5C is, it does not capture rich bass.

KILLER: If you want to record sound in shallow water this is the only device certified to do it without requiring any special housing.

PROS: The Sony Xperia Z5 Compact uses onboard microphone array to record binaurally with video captured through f2.0 lens. Whilst it may not be true hi-fi since the low-end is lacking somewhat, it does provide decent clarity and positional audio without need for any additional accessories. It's rugged design is dust and water resistant meaning this device can confidently go pretty much anywhere on the spur of the moment where other devices may require some forethought and accessorising. It's a compact device so remains discrete and unassuming.

The video above shot was using only the Xperia Z5 Compact onboard mics.

UGLY: The camera app shuts down after prolonged use due to overheating issues (for example you won't get an hour long take using 1080P at 60fps, the camera will overheat and shut off after ~45 minutes).

If you're going to go large you may as well go all out Xtra Large. The Microsoft Lumia 950 XL is a 5.7 inch screen phablet equipped with astonishing binaural recording capability coupled with great video. It's a great value proposition as long as you don't think about Windows 10 Mobile future too much.

PROS: The Microsoft Lumia 950 XL is currently the top-of-the-line Windows 10 Phone and its price has also dropped like a stone. Excellent condition used handsets can also be found for bargain prices. So for mobile recording with video it's a fantastic value proposition. It has everything you need - 'RichRecording' purports to capture true hi-fi sound from 20Hz - 20kHz with a sampling rate at 48kHz. Though it's not perfect it is the best audio recording with DSP  in this class of device and captures a rich range of positional frequencies that generally sound great, particularly in headphones. The camera has a wide lens which is optically stabilised and a f1.9 aperture.


The video above was shot using the 950XL onboard mic array.

CONS: it's phablet sized so not ideal for every size of pocket. A lack of support from Apple or Google for Windows 10 Mobile means that, for example, getting video off the device is best done from a Windows PC. Even uploading directly to YouTube from the device is not officially supported and somewhat flakey. Sure you can record to micro-SD and then take the card out but that's extra faffing about too. Digital artefacts can be present in certain conditions but at levels lower than the Sony Xperia Z5 Compact.

These are all great devices with their own particular strengths and weaknesses, but when it comes to the airninja movie method the Microsoft Lumia 950XL is the device to beat. It allows you to remain agile without needing any extra gear to record hi-fi sound and I've recorded an unbroken two-hour long 1080P @ 60fps video take with no issues. It's nimble, versatile, reliable in the field - and unless it's in your pocket the size is not a huge issue ;)
Post by miker at 11:03 am 1 comment: 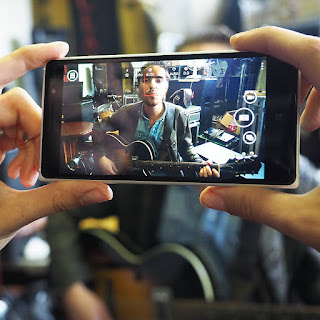 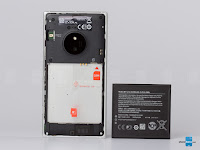 I expect to get my 830 by early next week. If it's easy to get the videos off I think this will be a great device for ASMR recording. Microsoft's marketing department are missing a trick, I think!
Post by miker at 2:39 pm No comments: 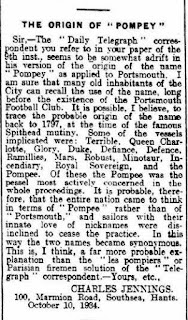 I think Charles is very likely correct - and I'm sure the sailors liked a bit of footie, too.
Post by miker at 12:10 pm No comments:

Upon reaching this milestone, Murphy's archivist and documentary maker Mike Peter Reed said "It's been quite a journey to pull these works together from disparate sources including old VHS recordings, broadcast beta tapes, DVD and Blu-Ray screeners. Sadly we lost Murphy in 2015 aged 64 whilst he was in preproduction of 'Pornophobia' but at least his back catalogue can now be enjoyed, entertain and inspire others for generations to come."

About Murlyn Films International: Murlyn Films International is a British independent film production company based in the historical naval city of Portsmouth, England. Founded in 2013 through a creative collaboration between Michael J Murphy and Philip Lyndon, Murphy's back catalogue stretches back to an acclaimed production of 'Boadicea' in the late 1960s and includes pioneering works during the VHS pre-certification "video nasties" era of the 1980s.