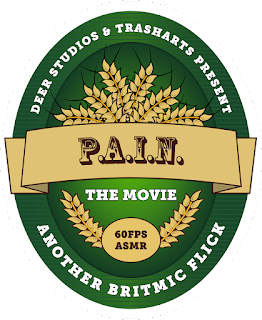 The world's first narrative ASMR feature length movie is entering production and it promises to bring fans of the aural sensation a passionate story of love mixed with the dangers of gambling in gang controlled regions of the coastal city of Portsmouth.

Not much else is known about the story other than the director describing it as "a road movie and a homage to the Wizard of Oz, created with modern techniques for modern audiences".

Part of these modern production techniques include recording the film at 60fps, also known as HFR (High Frame Rate); this is a frame rate even higher than Peter Jackson used in The Hobbit which was just 48fps. Also recording live sounds with an array of microphones to maximise chances of reproducing ASMR trigger moments with viewers (especially if they are listening to playback in headphones).

When asked about these choices (HFR and ASMR) the director tells us, "science shows humans have a great reaction to 60fps film, thrills are more thrilling. This was proven when they were designing the first Star Tours ride but unfortunately technical limitations meant they could not implement [such a high frame rate] at the time [in the 80s]. If you've not heard of ASMR then keep an eye out for this movie's release and be sure to listen to it, really listen to the textures, as well as watch and respond to the visual aesthetic."

Aren't you worried at the reception 48fps screenings of The Hobbit received? "Not at all. The main criticism of The Hobbit screened with HFR was that it seemed too real and exposed the limitations of presenting Hollywood production values in anything but the same old mould. Kubrick once said 'a truly original person with a truly original mind will not be able to function in the old form and will simply do something different' - welcome to my world."