Nowadays it seems a new smartphone release must be a controversial affair for anyone to pay attention and it's against this landscape of headphone jack removal and exploding batteries that Sony have released the Xperia XZ into the world.

Whilst other companies shave off everyday interfaces and leave an empty space with the excuse it helps the acoustics of its product's speakers (and co-incidentally drives sales for its brand of wireless headphones) and call this courageous, Sony has none of it. Instead Sony present (yet another!) iteration of its smartphone design know-how.

The days of being delighted by a smartphone - any smartphone - are long past to anyone who has owned more than a couple of handsets over the last decade. Dare I say the user experience is at a plateau and the land-grab is in full swing. Humans are irrational beings and it's our emotions that are appealed to and right now Sony is the brand that appeals to me - but let me rationalise :)

I'd barely owned my Xperia X Performance (XP) a few weeks when Sony announced the XZ. If you're not interested in videography improvements than I'd say get a deal on the XP now.

The XZ introduces some new sensors for the videographer, whilst keeping the superior Electronic Image Stabilisation (EIS) which produces much better results with the moving image than any current smartphone Optical Image Stabilisation (OIS) - especially in environments with high frequency vibrations (for example the dashboard of a car).

I won't bore you with the marketing speak, but basically the XZ camera is augmented with a couple of extra sensors. Once deals with white balance, one with focus. This results in incrementally better video results than the XP (which to my eye is already very good).

The XZ keeps the f2.0 wide lens but still produces very acceptable results in low light compared to any other contemporary smartphone, including those with f1.8 lenses (such as HTC 10 and new iPhone).

The binaural sound recording has been a staple with Xperia since at least the Z2 (my first Xperia purchase) and here again it appears incrementally refined, certainly a better signal-to-noise ratio than the entire Z series by around 3dB. 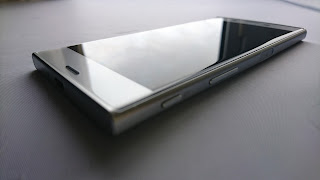 I still love the fact that the face of the Xperia is uncluttered with any physical button, and I regard the placement of the volume rocker as a distinct advantage in everyday use (I have never accidently changed the volume on an Xperia device, ever - the same cannot be said of the other Androids and iPhones I have owned with more traditional placement of those buttons).

The dedicated camera button on the XZ remains welcome, and is by far the most responsive including versus the XP.

The fingerprint sensor is another button placement that I find perfectly acceptable, and it's very quick to recognise my prints.

I'm not much of a vlogger but it's good to see that the XZ front-facing camera keeps a wide field of view and records 1080P and looks decent.

No SIM tool is needed to change the SIM or access the microSD slot. Storage expandability is another plus to the Xperia line in my book.

Finally, the XZ brings USB-C to the Xperia X line which is just a much more convenient and potentially more versatile connector than either microUSB or Lightning.

I've noticed the popular press has been kinder to the XZ after pretty much universally slating the XP - which is funny and cements my opinion that if you want a smartphone for a specific purpose you should do your own research; if not it's pretty difficult to find a truly awful smartphone in 2016. Which shows just how far the category has progressed and is an indicator of that plateau.


Did I mention the XZ carries forward the ingress protection (IP68) 'waterproofing' of the top end Xperia line. Although Sony seem to be keen to play this down, and it seems the camera app has had Touch Block removed - it remains to be seen how recording video performs underwater! But it does mean accidental dips should be nothing to worry about. 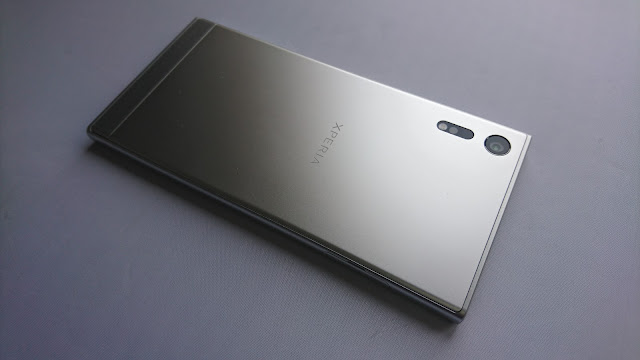 The Bad
It's quite big and relatively conspicuous.