So what if the not-yet-shipping iPhone 6 has 1GB RAM?

With ever faster SSD, RAM starts to look more and more like a high speed cache, no? Also, addressing 1GB of RAM is more power efficient than addressing 1TB RAM, no?

I haven't noticed any issues with my iPhone 5s operating with 1GB RAM, I have no reason to believe that the iPhone 6 with 1GB of RAM would not perform equally or better.

So frankly I don't care if the iPhone 6 has 1GB RAM, it's all about the SSD and cloud services for me.

But carry on. Get into a frenzy and feed the hype machine by having an emotional reaction to the amount of RAM installed in an iPhone that officially nobody outside of Apple knows anything about.
Post by miker at 8:33 pm 5 comments:

Now Available On The Smartphone In Your Pocket

I find this 1974 video captivating and all the more impressive that 40 years later you can achieve the same smooth results using Instagram's Hyperlapse video at 1x speed on iPhone 5s. Gyroscopes are cool and Apple were right to take them mainstream, right? 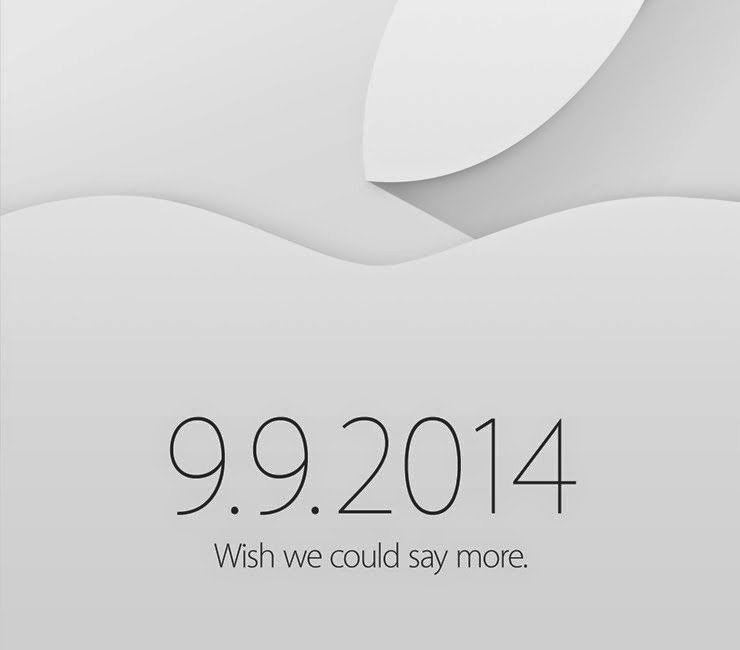 Here's a quick test of my new LED floodlight in a dark corner of the house. Whilst it might not chuck out as many lumens as I'm accustomed to with a 500W halogen, today's cameras are much more sensitive to light - even the pocket iPhone outperforms the Ferguson VideoStar VHS which needed a 1kW light indoors.

At time of writing is half price at Amazon UK (reduced from £99).

Here's a quick out-of-the-box test with the mic at full gain.

I like to do "distance testing" to gauge sensitivity (subjectively). It let's me know how things will sound when the mic cannot be place optimally.


I bought my Apogee MiC from Amazon UK

Unlike the lovely Blue microphones

A Quick Note on LED Lighting

I've been using my COB 5 Watt LED worklight for a few days now and have been really impressed. This is from someone who is used to working with lights that also generate a lot of heat (an old school halogen 1kW bulb is like working with an electric heater).

Gels and diffusers don't catch fire and  a lack of gaffer's gloves won't see you lose your fingerprints.

Oh - and they run cordless for about 3 hours when needed and are claimed to be weather-proof. (I'm not yet convinced about the weather proofing!)

So the stage is set, I know when my world changes (October 25th 2014). It is highly likely, virtually now written and agreed, that I exit full-time salaried employment on that date. Stand, blinking at the light from the big wide world.

A big wide world that is actually very local.

For any self-employment it's really important to deal with realities rather than the philosophies.

However, I'm a sucker for philosophies and design meaning, and dare I say, branding.

I need to start trading locally under a memorable name, but it has to be a name (a brand) that encapsulates what I am about, so that I am reminded every day what my mode of operation should be. A name can always be changed but it's tough to dick with an established brand down the road. Best get it as close to good as possible right at the beginning.

"Mike Ltd" just isn't going to cut it - although it does somewhat allude to sound recording (microphones) that is technical detail that supports the service, not the service mode.

One really important thing is that in a world of gadgets and gear, I wanted to minimise of the amount of crap I have to carry from job-to-job. Take it to the extreme. Travel light. In my 'barefoot' shoes

I also have a love of creating Cinema Direct and the filmmakers who work in that genre and its offshoots, like Dogmé. Currently working on #frugalwave filmed entertainment titles is very rewarding both in personal and technical growth.

So. Really light and capable, remaining agile. No intimidating gear to lug about. What sums that all up succinctly?

You have no idea how many hours I mulled this over!

Then it struck me - sound is air molecules vibrating, and I have an emotional attachment to sound and music. Also, in terms of kit, right now I use a lot of Apple stuff - iPhone, MacBook Air ... wait ... there's that word again, 'air'. Part of my self employment is a focus on 'new wave' appliance computing such as Apple delivers with its devices.

Ninja - that's slightly more convoluted and based on my historical and cultural knowledge which is no doubt incorrect and mishmashed. However, I will expose my ignorance here:

If a ninja is invisible - and they are famous for not being seen, right? - then they are like air, too. Really, the ninja was only invisible because he would blend into society and use every day tools as weapons. Much like how proponents of Cinema Direct use every day common tools (consumer gear) to create their work. Not so hung up on an ideal, more concerned with getting a job done skillfully with whatever tools are on hand. This is where Japan and China mush into taoism; I'm out of my depth historically and culturally.

Early on in my life I identified with the I Ching (all thanks to Olly) partly because it was omitted from school's 'Religious Studies' and mostly because it is not a religion, it is a self-divination philosophy.

Circa 1993 is my first video recording (long since lost) where I used hexagram 57 as a 'logo'. I understood the hexagram to broadly mean 'persistent influence' at the time - I only had one I Ching book translation and the world wide web did not exist in the vernacular.

Hexagram 57 carried through right to my first adventures in running a Limited company in the UK. Back then persistence was a mantra for busting into the film industry, and influence was two way recognition - I am influenced and I am capable of influence.

Now seemed like a good time to dig it up and re-examine its meaning. Penetrating, wind. Air. Ninja. All seems to fit except airninja is only a part of the whole (of my mode of operation and business planning). The trigram, Xun, also it kind of looks like a stylised 'A'. It seems to be primarily associated with wind (air). So I will use the trigram as the basis for the 'logo'.

Though I'm least comfortable describing myself as any sort of ninja because I have zero claim on that heritage and am no martial artist, I do identify somewhat with the urban dictionary definition of ninja - or perhaps not. They have become a caricature but that does at least make a ninja slightly more endearing.

In short, I can live with the name airninja without cringing. These things matter to me.
Post by miker at 11:06 am No comments:

So, if my airninja dream is to use iOS devices for professional field recording with a mic on a stick, then some decent extension cabling will be needed (at least until it can all be reliably and robustly integrated into your wPAN - wireless Personal Area Network).

The cable description assures me it is good for "audio and video" unlike some cheaper cables that don't have all the pins wired up and are only good for charging.

When it arrives I'll be sure to test it with my current favourite microphone (in terms of ease of use with iOS), the iRig HD vocal mic.

Apple Certified Training - Worth It?

Preparing to run my Apple, nay, iOS, centric business I looked into the value of taking official Apple training and certification in just hardware.

Unless you want to be a slave to Apple, forget it. It reminds me of working with paper MCPs back in the day. A piece of paper guarantees nothing anywhere in the economic stack - an illusion of the highest order.

Additionally, since my business will be servicing and repairing out-of-warranty hardware and devices, the official certification (which concentrates on "keeping up to date") seems even more moot.

I'd rather be certified by iFixit or IEEE or ISO than Apple, frankly.

If you do want to do the Apple training you can purchase the AppleCare Technician Training module and then sign up with Pearson Vue to take the exam.

This purchase should get to me beginning September 2014. I intend to assess it against the IK iRig HD microphone which I already own and really like - because it's digital and jacks straight into the Lightning connector of a modern iOS device.

Ultimately I am looking to ditch my field recorders in favour of iOS based solution(s) - learning to love iOS Voice Memos. Having said that, I'm not aware of any binaural recording mic pair that will jack straight into a Lightning port ... #StealThisIdea

I haven't received the MiC yet, but it looks like it ships with a pretty short lightning cable. Since I've not yet found a brand of Lightning extension cable that works with a digital mic, the best bet with the Apogee MiC is to get the 3 metre cable for location sound recording and interview situations.
Post by miker at 11:11 pm No comments:

Email ThisBlogThis!Share to TwitterShare to FacebookShare to Pinterest
Labels: microphones

I haven't blogged regularly since, oh, about 2004. Back then I was blogging a daily production diary for my feature length entertainment, Crooked Features.

For the past decade I've been busy in the trenches of Information Technology, being exposed to running a large - very, very large - private corporation.

So the time is coming when there will be a formal abend to my career at said large private corporation.

As a supporter of globalisation (the good kind, not the bomb-dropping kind) it would be hypocritical of me not to support my job going to India.

That's just it though isn't it? It's just a job.

Where is the passion? You can only bang your head against the silver haired ceiling so many times within a corporation before realising the person with real power to make your life exciting stares at you in the mirror.

All I needed was an opportunity.

Although it's not quite that simple, that is the best way to describe how the need arose for me to release my inner airninja, to take advantage of this "bad news" in the most taoist way. Good and Bad do not exist except in the Greek Dualist philosophies of Western culture. Philosophies do not necessarily translate to nuanced realities.

Shift happens.
Post by miker at 6:13 pm No comments:

After trying to restore my Apple Notes after a rage quit, I have realised the rage quit was the Right Thing to do.

Apple Notes (on Mavericks and iOS etc) should be called Apple Records. It's a database. Nary a .txt or .rtf to be found in the file system.

You can restore ~/Library/Containers/com.apple.Notes/Data/Library/Notes/ but iCloud will see you did a rage quit already and delete them all again based on date.

Time Machine is not talking to Notes, so good luck. (Potential for a 20th century style system clock workaround maybe? But I can't be arsed to try).

Of course my Notes are just notes, I don't particularly care - I do care about ASCII and Unicode and markdown, I don't care for little text files being holed up in a fricking database. Touch each record, I'm sure they could be restored back to iCloud but right now that doesn't happen.

For now, I'm keeping my notes as text files on Dropbox and using the text editor of my choice to keep notes. Notes that I know could be restored by an air ninja if required.
Post by miker at 1:42 pm 13 comments: