How To Keep Swype As Your Default Keyboard in iOS 8.0, errrr maybe

I've loved Swype since my Android days so was really pleased when Nuance brought it to Apple's iOS 8 on iPhone.

However. Since installing it, I've noticed that apps and iOS itself appear to fallback to the baked-in iOS keyboard from time to time, not sure why. (NOTE: it is by-design that the native Apple keyboard appears for input into password fields - brownie point from me!)

I've now re-arranged my keyboard list so that Swype appears at the top (previously, it had been at the bottom) and - so far - so good.

So if you're having some keyboard bother with iOS 8 'forgetting' to present you with your third party keyboard by default, this could be worth trying. 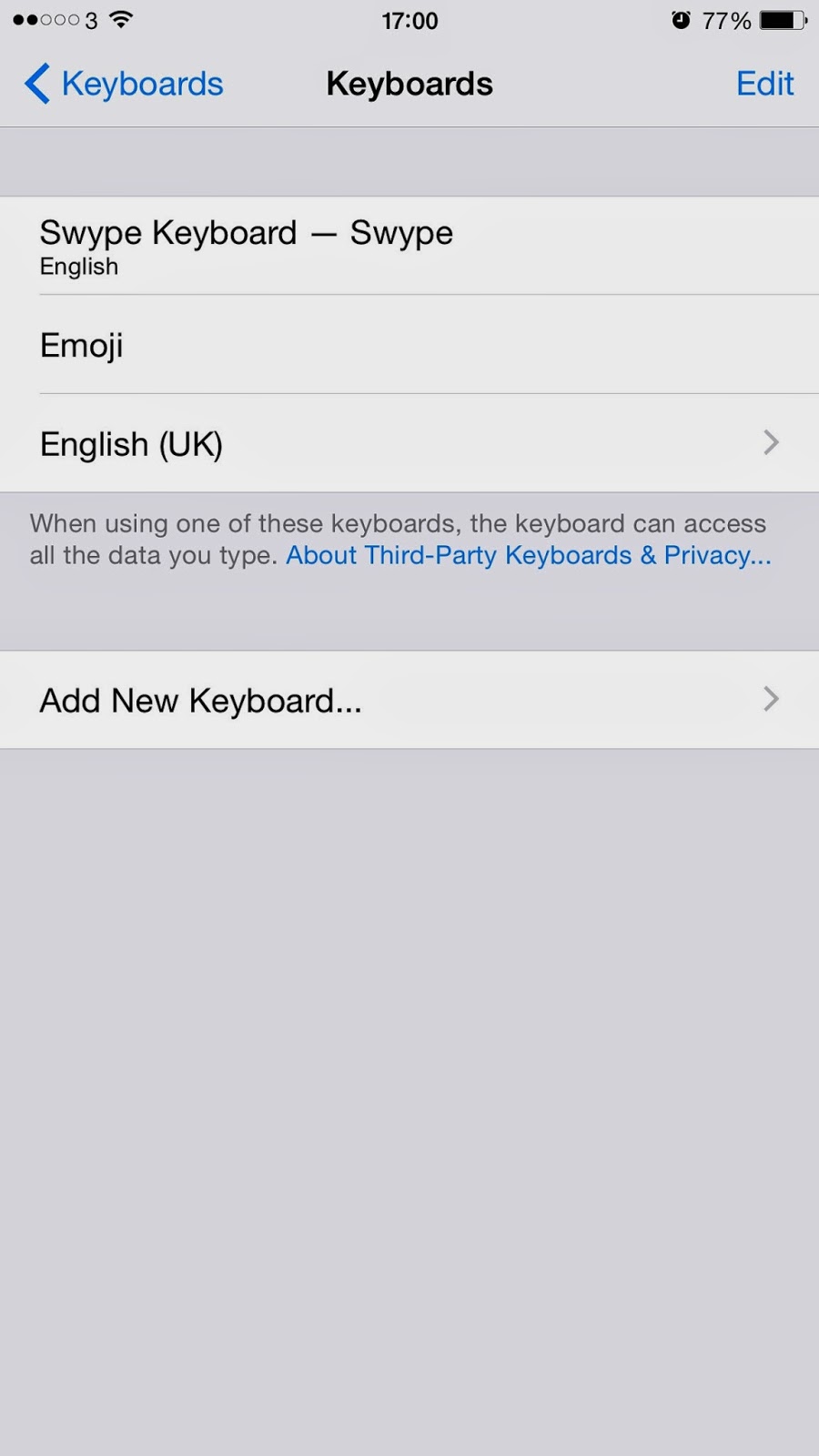 EDIT: This doesn't work. Between and Swype and iOS 8 it appears there are some remaining bugs to be ironed out! In the mean-time, it's simpler for me to remove Swype from the Keyboard selection to save my sanity. Patiently awaiting the next iOS and Swype updates and I'll try try again.
EDIT: There's an update to Swype released!